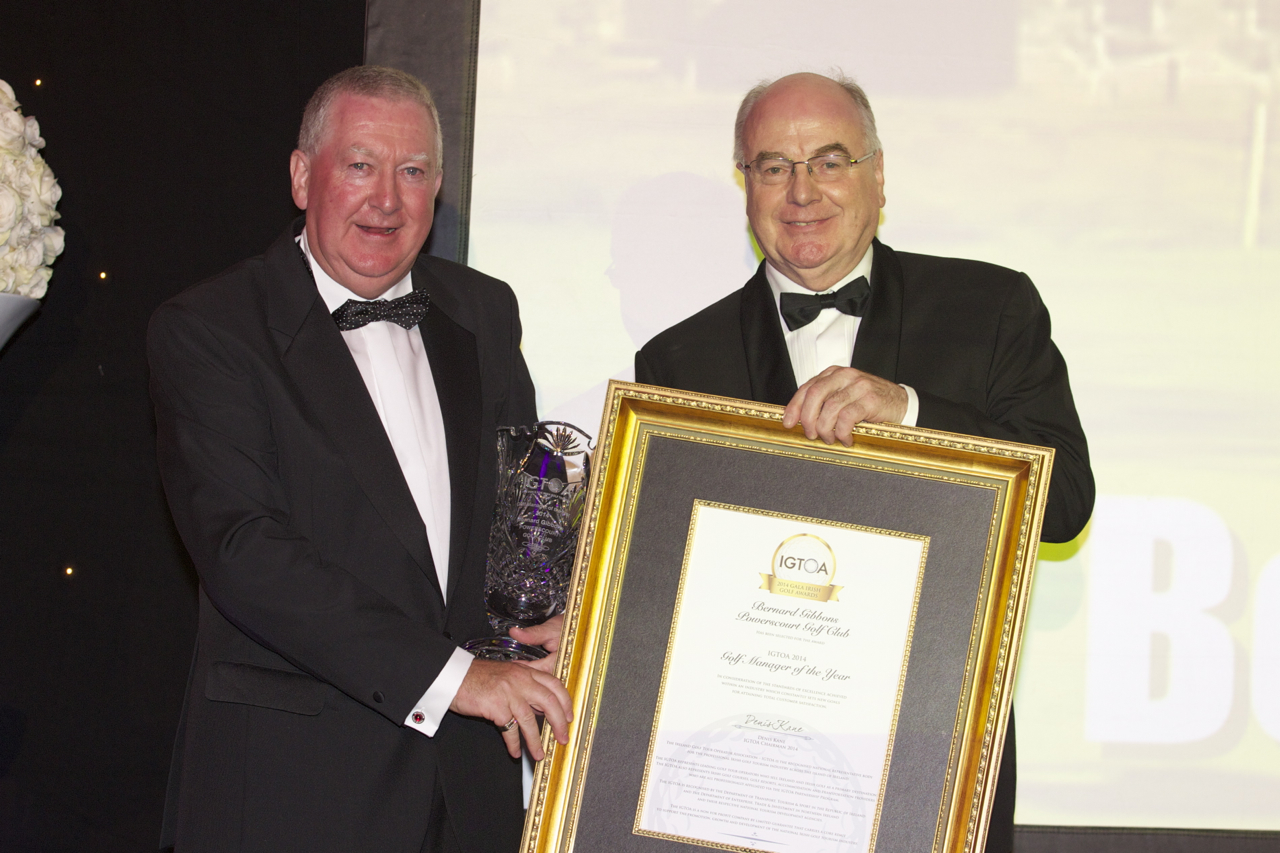 With nearly 50 years’ experience in the golf industry, Bernard has enjoyed a wide and varied career since beginning as an apprentice to the legendary John Jacobs at age 15 at the driving range in Leopardstown Race Course. His numerous roles have included Golf Professional, RTÉ golf pundit and commentator, Chairman of the Golf Course Owners Association and board member of the Special Olympics Committee. He has been at the helm of Powerscourt for the past 17 years since the golf club opened in 1997.

At the reception Bernard said “From the time I started my golfing career I always wanted to be at the top, whether it was playing the game, teaching, or administration; this award has achieved that for me. I am honoured to have been chosen as Golf Manager of the year, and thank all those who have helped me achieve this honour.”

Some highlights during Bernard’s career at Powerscourt Golf Club include hosting prestigious tournaments such as the 1998 Irish PGA Championship, won by Padraig Harrington, the 2001 Irish Seniors Open and the 2012 PGA Southern Championship. It has been the venue of choice for many of the Mens’ and Ladies Golfing Unions of Ireland events, as well as the popular annual Powerscourt PGA PRO AM. In 2014, the Golfer’s Guide to Ireland rated Powerscourt ‘Best Parkland Venue in Ireland.’ Powerscourt Golf Club is a member of the East Coast Golf Alliance. 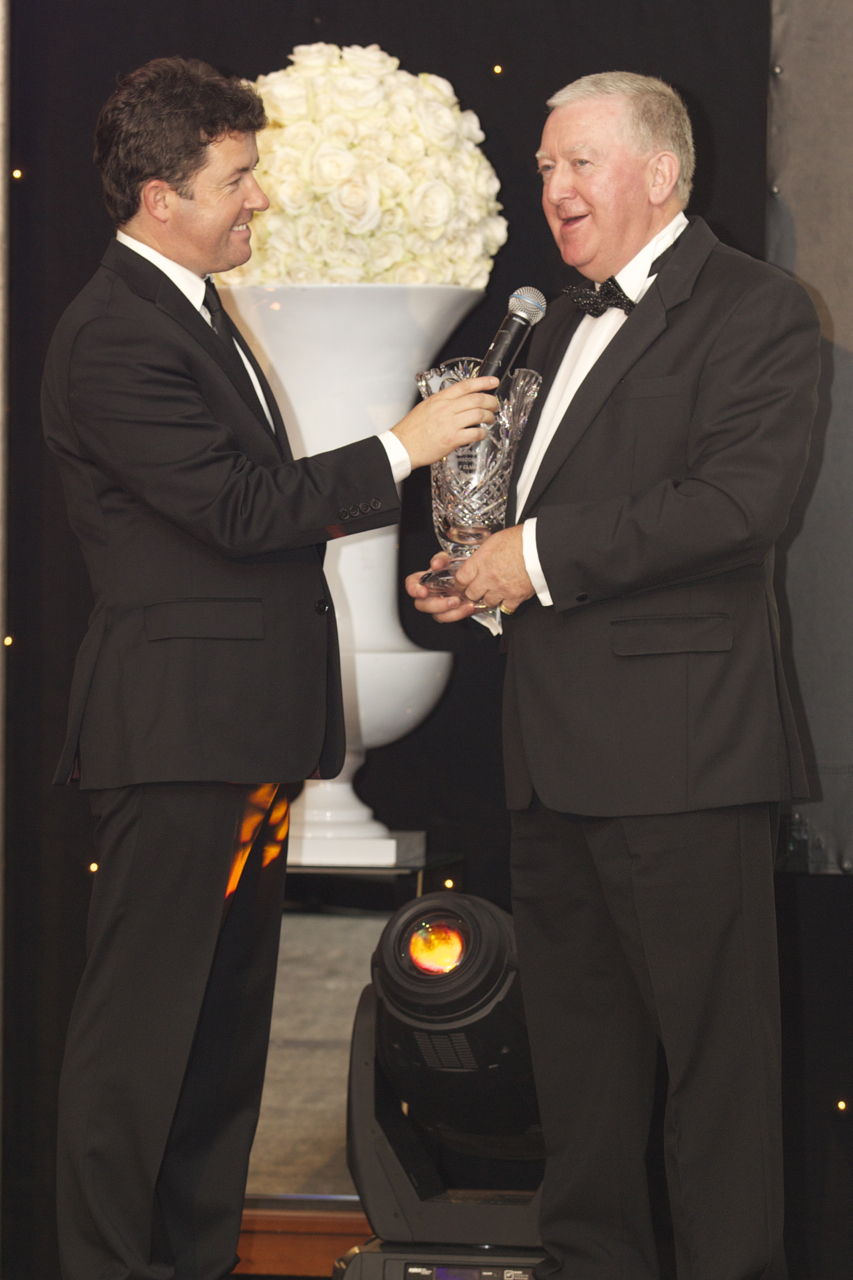 Following the announcement that Ireland will remain in full Level 5
restrictions golf is prohibited until 5th April 2021.