Watching Shane Lowry win the Open in Portrush was one of the great moments in golf. Having known Shane since his late teens and seen him progress into a major winner now has of course put perhaps an obvious question of “would I have thought Shane was going to go on to become a major winner?” Shane’s amateur record at the time would point out that he was indeed a very good and talented golfer but in answer to the question I would not have thought that he was someone that was either going to win or not win major tournaments. As good as he was (and a wonderful person) he didn’t stand out so much so that his place in golf’s major history was predestined, but that’s the point he has worked hard to get where he has. Along the way he has had to face all the same mental challenges we face – they don’t have special powers to avoid them. It was interesting hearing Shane recall what golf was like to him a year ago, he said he sat in his car in Carnoustie with tears in his eyes and hated the game. It’s a fantastic lesson for us all but especially for young sports people who aspire to become really good, the mental test is something we all face and nobody avoids the challenge.

Golf in reality is both physical and mental and for us to play our best both of these components need to be in place, the mind and the body work together. If one of these areas is not functioning effectively it is certainly means the other will be ineffective also. When it comes to the mental side of sport, golf provides a thorough examination. One of the biggest tests is still being able to produce or exceed your typical level of play when we face greater pressure or adversity. It may be that we aware that we are building a good score in a competition or playing in a team match or even that we are playing with strangers and feel a little intimidated.

It’s no surprise that the great golfers like Ben Hogan, Gary Player, Jack Nicklaus & Tiger Woods to name just a few, all possessed great mental skills, but have all stated it something they had to work on. Here are some of the mental traits they all shared.

Here are a few things to consider

The ability to focus on things you can control – This is achieved by focusing on the process and not the outcome.

A willingness to accept any circumstances presented – Accept the fact that at some point in golf we are going to face things we don’t like, bad weather, a poor lie or just bad luck.

Control your emotions – The key here is not to let any extreme emotion like anger or excitement drift into the following shot. Not easy but it can be achieved.

Confidence in your swing – Swings are about movement that create energy they should have rhythm and they should flow in balance when they are at their most effective. For example if you typically slice the ball don’t try to rely on drawing the ball on a crucial shot, play what you know. If you’re not happy with your technique work on it at the right time. Let your unconscious control most of your game.

A positive attitude in all situations – If you watch a post round interview on TV with top players they always talk about positives even if they have just had a bad round. Here’s something you can try out on the course, any bad shot you hit try to pick out at least one positive thing about the shot. For example you may have pulled your approach shot left of the green but you may have struck the ball well. It doesn’t change the outcome but it helps to keep your mind positive. 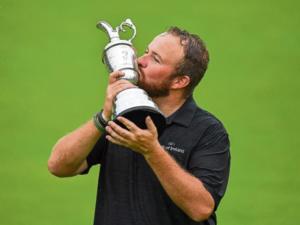