In very general terms controlling the loft that is on the club at impact as well as the vertical angle we approach our chips, will give us the chance to control the height we hit the ball (other factors like friction between ball and club have influences but I want to keep it simple). Control of chipping height helps you to develop a command of the reaction and outcome of the ball when it lands.

If we refer to three different height chips as 1.Low 2.Neutral 3.High and look at the technique for these shots they are first of all going to have different set-ups.

Another thing that is going to be different is the finish position of the chipping actions.

The finish of the swing will be the feeling of the arms swinging straight to the target. The club will be held off with virtually no release action. Because of the upright stance and lie there will be less body rotation. 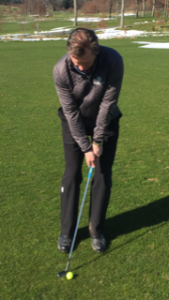 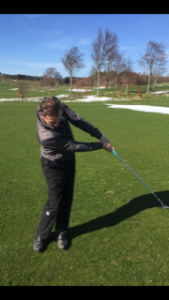 Ball position no further back than middle of the stance

Hands just fractionally ahead of the ball

The finish of the swing will be a combination of upper body rotation and arm swinging. This will mean the club will swing slightly to the left of target in the follow through. The club will not be released past the hands but will not be held off so the club head and lead arm will travel approximately the same distance to the finish. 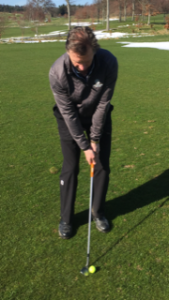 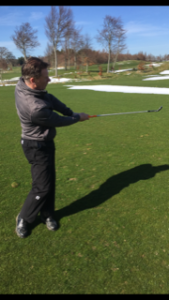 Ball position forward in the stance

The finish of the swing will be more of a combination of body rotation and club head movement. The arms will tend to fold into the body early in the follow through, this give the appearance that the grip end of the club is going into your left hand pocket in the front of your trousers. The club head will be over released through impact allowing the club to slide under the ball and will continue to move well past shoulder height. 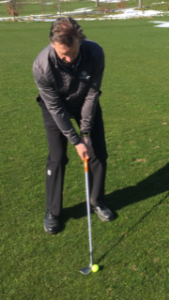 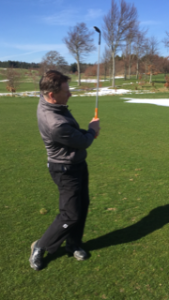 Like a lot of things in golf chipping is not just a black and white scenario and there will be a lot of shots that will be in between the states I have mentioned above. However if you can start by being able to recognise clearly the three shots then it gives you the best opportunity to develop and then blend the ideas to give you a comprehensive chipping game.