Ultimately the efficiency of our swing movements and effectiveness of our skills will be shown up in those 400 micro seconds of the club making contact with the ball at impact. During the time of collision between clubhead and ball a number of factors will influence the balls flight. The effect of these ball flight laws and their relationship to the our swing movements form the basis of the education given to young PGA professionals going through their training to become PGA qualified professional coaches.

The real point of this article is to not to go through all the intricacies of swing positions but to press forward the idea that for any golfer starting with connecting what your ball has just done to what happened at impact with your club is the best way (or the only way in my opinion) to start the process of evaluating ways to improve.

If I can give you an example – let’s say you have pulled the ball left with a 6 iron and someone tells you it is because of a bad grip. Taking this statement literally, it is incorrect. The reason the ball went left is because the clubface at impact was closed (pointing to the left). Of course this closing of the face through the hitting stage may be influenced quite a lot by having a certain grip style but there may also be other things about the swing that could be taken into consideration. If you start of this process by dealing with the impact stage first then you can work out a logical progression in dealing with the problem.

Have a look at the simplified list below of the factors that will influence the shot at impact. (It would be more correct to refer to a 3 dimensional value to some of these factors).

I do not think for a moment that our swing movements are irrelevant but it is probably true to say that these factors above are largely what is going to influence the ball so they have to take pride of place when we want to know why we hit certain shots the way we do. In our example above stopping the ball going left may be helped by a certain grip change but stopping the clubface from pointing left at impact will definitely stop the ball starting left of target. Ask yourself these questions the next time you get an ideal opportunity to hit some balls. 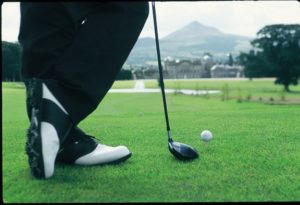