Slowly does it – A way to change

Slowly does it – A way to change

Imagine yourself holding a pebble and another pebble is placed in your hand you will notice an increase in weight. But if you start off holding a very heavy rock you probably won’t detect an increase in weight when the same pebble is once again added to your hand. A lot of people will know this is an example of “Weber’s law” (or Weber-Fechner Law). Since there are more muscle fibres being used in the second example they are not as sensitive to small changes.

In a lot of cases the difference between a good shot and a bad one in golf is just micro movement changes. If we are going to want to change small movements in our swings we need to first bring them to a point where we can be a bit more sensitive to these differences. Another thing to consider at this point is that it seems reasonable to say that humans are engineered to create habits of movements (repeated unconsciously) like our golf swings. Once again bringing the swing to the point where habit does not kick in and being aware of the different feelings and changes are going to give us a better chance to change the brains mapping of our swing. Becoming more coordinated is essentially a matter of rewiring the neural circuits that control movement, this process is called “neuroplasticity.”  Neuroplasticity simply means the brain’s ability to change. Maybe one way of achieving this awareness is to practice hitting the ball in slow motion. 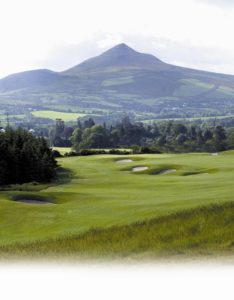 I find it very interesting that in a number of other activities movement patterns or technical routines often start out in slow motion. Perhaps martial arts or musicians or dance routines are example of how things are slowed down until the desired form is attained before more speed and power are added. Examples like Olympic lifters, some of the most powerful athletes in the world, will spend substantial time improving their technique using only a broomstick in slow motion before adding considerable weight. Considered as one of the great ball strikers in golf, Ben Hogan would spend time on the practice ground swinging in slow motion. 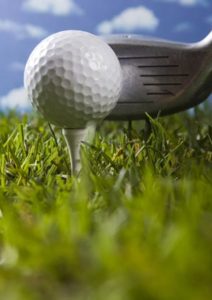 Because of the aerodynamics of how the golf flies you will not get high long shots hitting the ball with no pace, so I think it is worth starting off with a lofted club like an 8 or 9 iron. However the skill of being able to swing well in slow motion should be tested with all clubs. It is important to point out that in my experience swinging in slow motion without trying to hit a ball and then hitting the ball a normal pace will just tend to trigger the ingrained swing habits when the ball is being hit, even though the slow motion practice swing was different. Apart from the ability to become more aware of your movements another benefit you can get from this practice is a better chance to develop a good transitional rhythm. This is a real key to more consistency.

Unfortunately there is a down side to this practice and that it is not as easy to do as it sounds to really slow the swing down and hit a ball. It is also not easy to be disciplined when training to do this type of deliberate practice often enough to become useful. Most people will try only a few times and go back to their usual swing and routines. I guess like a lot of things there is often no short cut to excellence.

Following the announcement that Ireland will return to full Level 5
restrictions golf is prohibited from 1st – 31st January 2021.