If you look at all the different components as to what makes us play well, one of the major elements that will be included by most sports persons is Self Confidence. Confident beliefs influence how you feel, think, motivate yourself and behave. Confident golfers like Rory McIlroy or Tiger Woods during his dominating years, all approach difficult tasks as challenges in a way that they want to meet them head on and master rather than as threats that they want to avoid. Confident tour players also set themselves challenging goals and maintain a strong commitment to them. They heighten and sustain their efforts in the face of failure and attribute failure to insufficient effort or deficient knowledge and skills that are acquirable. Padraig Harrington would be a good example of someone who would have spent many hours practicing a particular task. However these examples are not just reserved for tour or high level golfers, self-confidence and its effects applies to all golfers.

A prominent Canadian psychologist called Albert Bandura did a large study on this subject and in 1977 produced a seminal paper called “Self-Efficacy: Toward a Unifying Theory of Behavioural Change,” since then the subject has become one of the most studied topics in psychology. Bandura found a person’s attitudes, abilities, and cognitive skills comprise what is known as the self-system. This system plays a major role in how we perceive situations and how we behave in response to different situations. Self-efficacy plays an essential part of this self-system. According to Albert Bandura, self-efficacy is “the belief in one’s capabilities to organize and execute the courses of action required to manage prospective situations.” In other words, self-efficacy is a person’s belief in his or her ability to succeed in a particular situation. This is one of the most dominant models used by coaches and psychologists to increase self-confidence, but how can the everyday golfer use this idea.

There are a number of things we can use to gain confidence like watching positive role models; positive self-talk and even how we use our emotions to create a positive mood but one of the most effective ways of creating a strong sense of confidence is through performance accomplishments. It may sound a bit obvious to say that if we start performing well we will gain self-confidence but the key here is how you structure situations that bring success and avoid placing yourself in situations where you are likely to fail. The best way of achieving success is to set achievable goals and set up practice and games that help you master certain skills. More specifically, confidence can be enhanced by setting goals that are task orientated and process focused. When using goal setting skills you should try to measure success in terms of self-improvement rather than by triumphs over others. This process works with any level of golfer provided there is sufficient commitment and realistic but challenging goals. 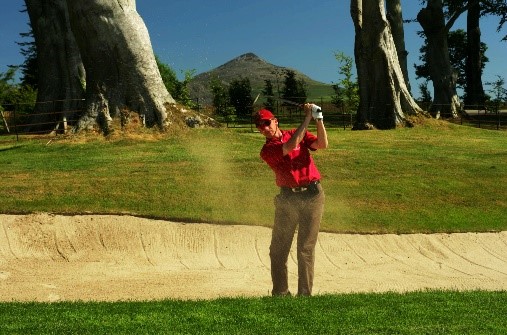